France, officially the French Republic, is a country whose metropolitan territory is located in Western Europe and that also comprises various overseas islands and territories located in other continents. Metropolitan France extends from the Mediterranean Sea to the English Channel and the North Sea, and from the Rhine to the Atlantic Ocean.

The French Republic is a democracy that is organised as a unitary semi-presidential republic. It is a developed country with the sixth-largest economy in the world.

With more than 265,000 foreign students, France is the world’s third-leading host country for higher education, behind the United States and Great Britain. In the past few years it has seen strong growth in the number of students it has welcomed, following a concerted government effort to make French higher education more competitive on the world market. 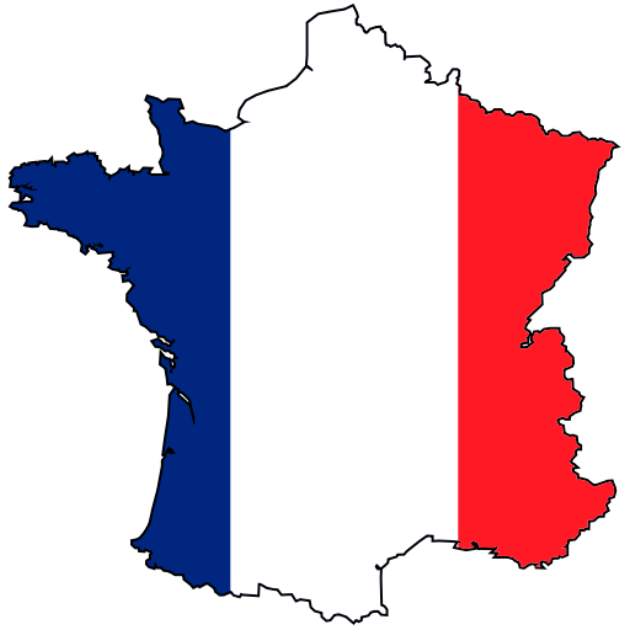 France generally enjoys cool winters and mild summers except along the Mediterranean where mild winters and hot summers the norm is. ... Bordering the Atlantic Ocean and the English Channel, western France has a temperate Atlantic climate, characterized by relatively mild winters (with average temperatures of 45° F).

France is considered to be the cultural capital of the world. The culture of France is diverse, reflecting regional differences as well as the influence of recent immigration. France has played an important worldwide role for centuries as a cultural center, with Paris as a world center of high culture. France is noted for its cosmopolitan, civilized approach to life, combined with great concern for style, fashion and appearances.

The railway network in France is the most extensive in Europe. Rail connections to all other neighbouring Countries in Europe have been developed. Intra-urban connections are also well developed with both underground services and tramway services complementing bus services and extensive roadways.