The United States is the most popular study destination worldwide. Each year over half a million students visit the United States to study in US educational institutions at all levels.

United States of America is a country of the western hemisphere, comprising fifty States and several territories. Forty-eight contiguous States lie in central North America between the Pacific and Atlantic Oceans, bounded on land by Canada to the north and Mexico to the south; Alaska is in the northwest of the continent with Canada to its east, and Hawaii is in the mid-Pacific. The United States is a federal constitutional republic with Washington DC its federal capital. 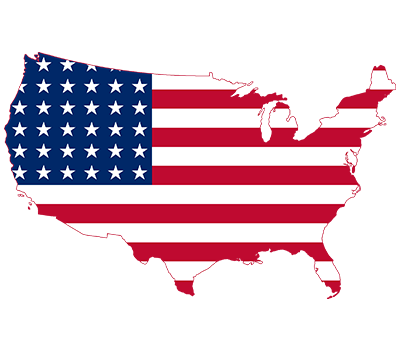 Due to its large size and wide range of geographic features, the United States contains examples of nearly every global climate. The climate is temperate in most areas.

According to the US Census Bureau's population clock, the estimated United States population is 327.16 million.

The United States is a diverse and multicultural nation, home to a wide variety of ideologies, customs and ethnic groups. An important component of American culture is the American Dream: the idea that, through hard work, courage, and determination, regardless of social class, a person can gain a better life.

The United States has a variety of freeway and highway systems, multiple large international airports as well as an extensive freight rail network. As the largest developed nation, the U.S. is home to more roadways than any other country in the world. While mass transit systems are common place in some large cities, these systems tend to be less extensive than in other developed nations.