Multicultural Australia is a safe, friendly, sophisticated and harmonious society in which students can learn and travel in an English speaking country. Australia offers a unique experience for students. Apart from a world-class education system, it also offers excellent value for money and a standard of living which is among the highest in the world. Living expenses and tuition costs in Australia are considerably less expensive than the UK and USA. 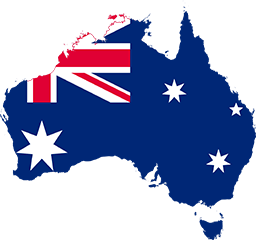 Nearly a third of Australia is in the tropics and the rest is in the temperate zone.

The preliminary estimated resident population of Australia on 20 September 2018 was 24,841,079 people. Australia ranks number 54 in the list of countries by population. The population density in Australia is 3.14 per sqare km. Sydney is the most populous city with an estimated population of over 5 million people.

Australia boasts of a unique history that has been shaped by the diversity of he inhabitants, their lifestyle and contemporary culture. While Australians love their sport, they also have a special affinity for the arts. From cinema, literature and music to theatre, dance and the visual arts, Australia's varied cities are rich in culture.

Australian culture wouldnt be what it is without its multicultural dimension. Australia continues to benefit from its multicultural make-up - one of the most diverse in the world - enjoying a wealth of ideas, cuisines and lifestyles. Almost a quarter of Australians were born overseas, and 4 million Australians, speak langugage other than English. Australia is a society of people from a rich diversity of cultural, thnic, linguistic and religious backgrounds. Most Australians are immigrants or the descendants of immigrants who arrived over the last two centuries from more than 200 countries. Every four minutes and eight seconds Australia gains another international immigrant.